Nepali Marriages and Their Types: 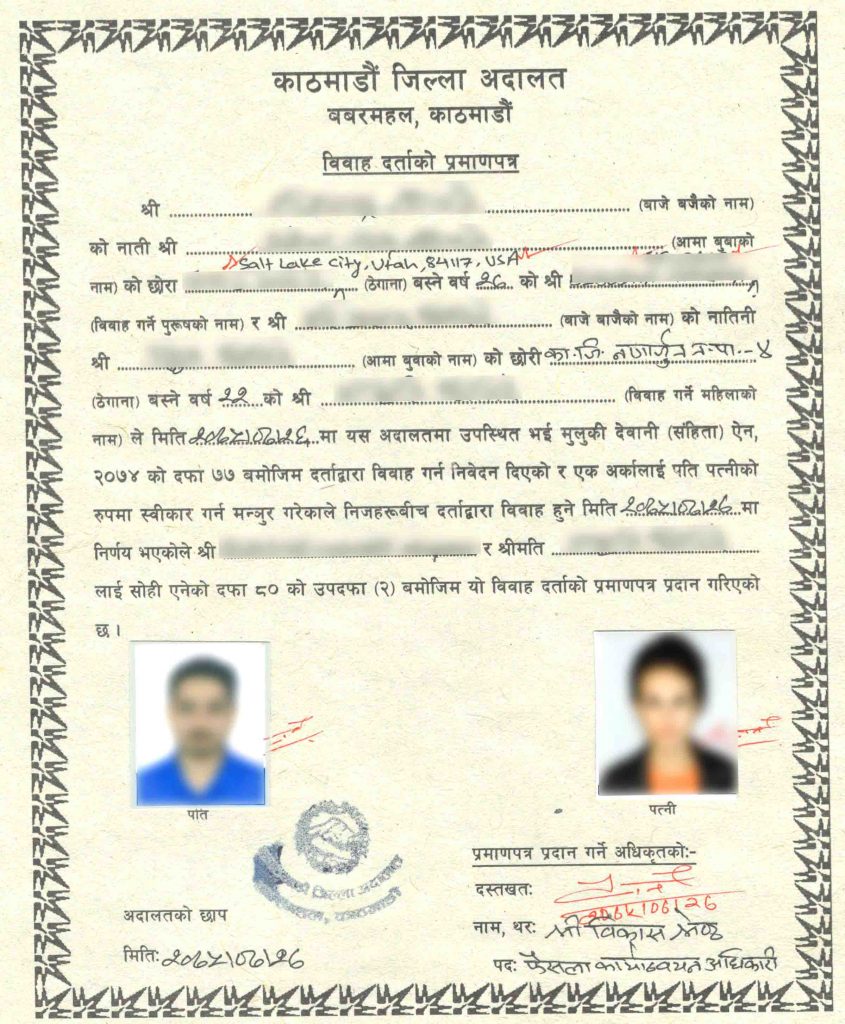 According to Article 67 of National Civil Code 2017  any person, male or female, is said to be married when they accept each other as husband and wife through a legal, formal or traditional ceremony. Likewise, Article 5 of Marriage Registration Act 2058 states that any male or female interested to get married need to fulfil the eligibility requirements and submit an application for marriage registration as stipulated in Article 4 of the said Act .

If a marriage is performed without consent of either the bride or the bridegroom, the forcing party is liable up to two years of imprisonment and up to NRS 20,000 fine.

If such marriage is performed without consent of the party, then it is voidable.

Legal age for marriage is 20 years. Forcing or manipulating a minor into a marriage is considered illegal and is punishable by law. Any person found to have practiced child marriage is liable up to three years of imprisonment and up to NRS 30,000 fine.

Marrying an already married person is considered illegal. A married individual when marries a new person before getting divorced, then such a marriage doesn’t have any  legal validity. If a husband /wife have been legally separated through property partitioned between them, then only they can get married to a new person. Any person found to have practiced bigamy is liable up to one to five-years of imprisonment and NRS 10, 000 to 50,000 fine.